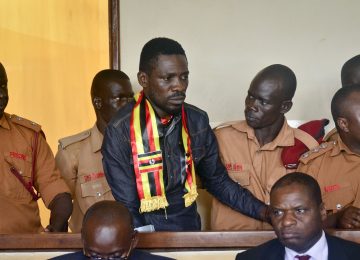 (KAMPALA, Uganda) — Protests erupted in Uganda’s capital on Friday after police blocked a pop star-turned-opposition lawmaker from leaving for the United States for treatment after alleged torture.

The action by security forces has escalated a political dispute between the government of longtime President Yoweri Museveni and a youthful generation that fears he intends to rule for life after 32 years in power.

Bobi Wine, whose real name is Kyagulanyi Ssentamu, was stopped Thursday night while trying to board a flight at the Entebbe airport, lawyer Asuman Basalirwa told The Associated Press. He was checked into a hospital in the capital, Kampala, in a “worrying condition,” the lawyer said.

The 36-year-old had been freed on bail on Monday but faced no travel restrictions after he and several other lawmakers were arrested and charged with treason over an incident in which the president’s motorcade was pelted with stones and Ssentamu’s driver was shot dead. A lawyer for the singer has ca.. 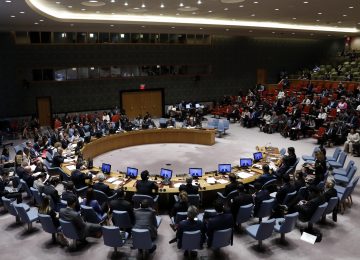 These Five Leaders Had the Worst Summers of Their Political Lives

Another August gone by too quickly. But for some political leaders, summer can’t end soon enough. Here are five leaders who have suffered true summers of discontent.

Nicolas Maduro, Venezuela
Spencer Platt—Getty ImagesVenezuelan President Nicolas Maduro speaks to the media following a meeting with U.N. chief Ban Ki-moon at the United Nations (UN) headquarters in New York on July 28, 2015 in New York City. When the failed assassination attempt on your life qualifies as the highlight of your summer, it’s not looking good. On August 4, Venezuelan President Nicolas Maduro was giving a speech at a military parade in Caracas when a pack of drones armed with explosives went off near the stage. Maduro survived the attempt and promptly blamed the far-right, neighboring Colombia, and plotters in the US. for staging the attack. Given that Venezuela is currently gripped by staggering medicine and food shortages (in 2017, the average Venezuelan lost 24 pounds or 11 kilograms), there’s no shortage.. 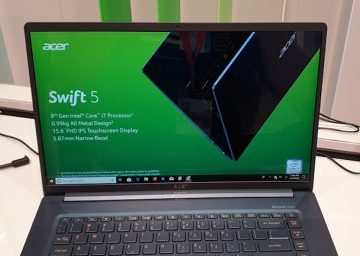